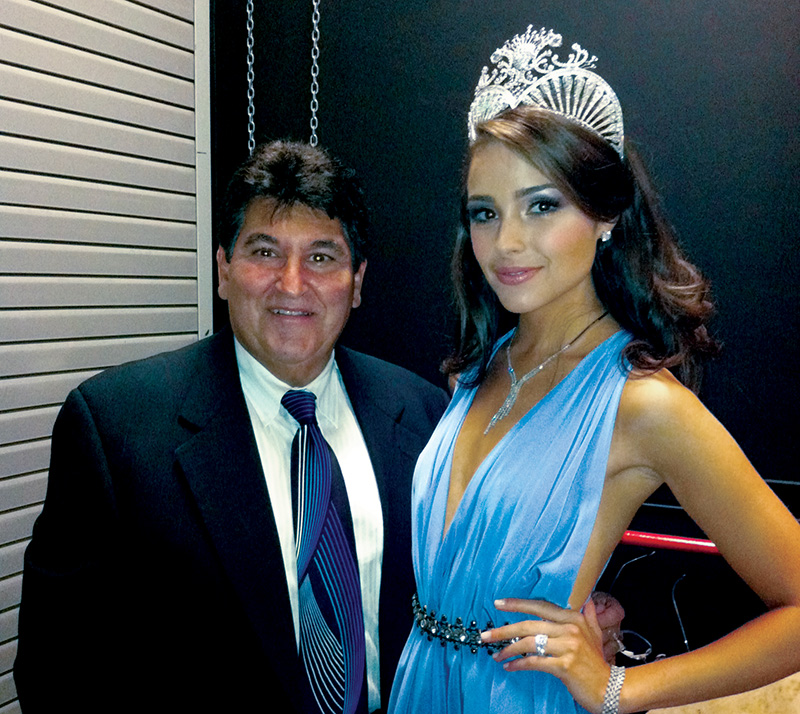 When Miss Rhode Island Olivia Culpo took hold of the Miss Universe crown back in December, she wasn’t the only person who scored the opportunity of a lifetime. The pageant queen’s win was also a major coup for her official jeweler, seventh-generation gemologist Richard Berberian and his family’s epic design dynasty. But despite the everlasting appeal of glittering diamonds and sapphires, the actual craft of gemology has fallen by the wayside.

“The art is gone,” says Berberian, who owns Elyse Fine Jewelers in Reading. “It’s like anything…how many cars are handmade now? How many suits are hand-tailored? The art of almost everything is gone.”

With the vast majority of commercial jewelry being manufactured in China, Berberian says there are very few authentic jewelers left in the business. “Most of the jewelry stores, [their owners are] not jewelers. They’re jewelry resellers. They buy designer lines,” says Berberian, whose own method entails having the customer “sit down and work with someone who’s going to hand make a piece for you, and then hand pick and match every stone that’s going into the ring so that the workmanship is flawless. That’s why people seek us out.”

Berberian’s devotion to the intricacy of his craft is rooted in his Armenian family’s history as some of the premier artisans of the Ottoman Empire. After settling in neighboring Turkey, nine members of his mother’s family, the Balians, served as designers, jewelers, and architects for royalty.

“I grew up as a young child hearing stories about how we built palaces and designed for the sultans,” says Berberian, who now resides in North Andover. “The kids would say, ‘These are tall tales!’ And as I got older, I started researching and I’d say, ‘Holy mackerel, this stuff is real.’ Everything that I heard growing up was reality.”

The Balian family’s expansive body of work ranges from jewelry and paintings to mosques and architectural landmarks that were created to serve as homes for monarchs and their families. That includes one of Istanbul’s most famous tourist attractions, Dolmabahce, widely known as the largest palace in Turkey. The decadent monument and expansive garden was home to a handful of Turkish sultans well into the 20th century.

Despite the Balian family’s prominence, nothing could protect them from the onslaught of danger that took over during the fall of the Ottoman Empire. When the genocide of 1.5 million Armenians ravaged the population, Berberian’s grandparents managed to find a way out of the country. They left Turkey in 1915 and settled in Milford, where they successfully built their jewelry company from the ground up.

Although Berberian had always been familiar with the family trade, following in the professional path of his ancestors was never part of his plan. “I was the first one in my family to leave the family business. I wanted to go to college and pursue something different. I went to music school,” says Berberian, who founded a company that made audio and video cassettes in the early 1980s. He sold the cassette company in 1999, satisfied with retiring young and raising his two children. But everyone in the Berberian household didn’t feel the same way about his idle time spent hanging around the house all day.

“I was in my early 40s at the time, and about a year or so after selling that business and being home, my wife said, ‘Get out of the house! You’re making everybody crazy. You’re too young; you’ve got to do something.’ But I had a five-year no-compete clause in the entertainment industry,” Berberian says. “I ended up going to work for one of the family jewelers in Worcester. It’s the only other thing I knew besides music.”

After studying at the Gemological Institute of America, Berberian found himself right back where he started: working alongside his family. In 1999, Elyse Fine Jewelers opened in Reading, bearing the name of Berberian’s only daughter.

“Interestingly, back then, if you told me I was going to reinvent myself, I wouldn’t have believed it,” Berberian adds. “But it turned out to be a blessing. I’m really happy with it.”

The Elyse Fine Jewelers showroom in Reading is the center of the Berberians’ booming jewelry design business, which is particularly known for catering to the needs of those who are preparing to walk down the aisle.

“We have, for example, over 300 perfectly matched wedding and engagement sets that are our own designs,” says Berberian, who imports diamonds himself from Belgium and Israel. “We develop our own lines. We have some designer names, but most people usually end up doing something custom. It’s a little more unique, not something everyone else has. The workmanship is always better, and we’re generally a step ahead of all the other jewelers because we import the jewels ourselves.”

But the path to bejeweled perfection isn’t a short one. Before a buyer walks out of the store with a custom-designed piece, it has to be built from the ground up.

“I’ll sketch [a ring design] for a client, and once the initial sketches are approved, we’ll carve a model of the ring out of wax to actually get to see it before it’s committed to expensive metal,” says Berberian, who has all custom pieces handcrafted by a team of trusted artisans—80 percent of whom are of Armenian descent—at the Jewelry Exchange Building in Boston. “We hand select all the stones, and then we craft the custom piece. It’s like having a made-to-measure suit.”

Some of those custom pieces often land Berberian’s clientele in the public eye. Because Elyse is the official jeweler to the Miss Universe Organization for several states in New England, Culpo’s win guarantees that Berberian’s jewels will appear on the new pageant queen as she appears in print and on TV across the country. She is his walking billboard, a 365-day advertisement that shows off his custom designs.

“When there is a new title holder, for the next year of her reign, I’ll dress her in my jewels for all major appearances and photo shoots,” says Berberian, who has similar arrangements with Miss Massachusetts USA Sarah Kidd and Miss Massachusetts Teen Madyson Milordi, as well as 2003 Miss USA Susie Castillo. (He even custom designed Castillo’s wedding bands.)

But Berberian’s work isn’t only big with the hairspray and bikini crowd on the pageant circuit. He receives requests from celebrities like “American Idol” judge Randy Jackson, who sought out a diamond ring to sport on air during auditions. Former Boston Celtics star Kendrick Perkins even requested Berberian work with the Celtics’ team dentist to construct a diamond grill for him to wear in his mouth. And at the drop of a hat, Berberian fields calls to fly out to Hollywood, packing $800,000 worth of jewels (and a bodyguard in tow) to adorn celebrities for performances on shows like “So You Think You Can Dance” and Michael Flatley’s “Lord of the Dance.”

“It puts my work in front of a huge audience that probably wouldn’t otherwise see it,” Berberian says. “My best marketing is for somebody to walk out of here wearing a piece, and someone stops them, whether at a restaurant, or at a mall, and says, ‘What a beautiful piece! Where did you get it?’”

For serious buyers who are willing to throw down hundreds of thousands of dollars for custom jewels, Berberian is willing to go above and beyond the special treatment he bestows upon all his customers.

“A few months ago, we made a very significant ring for a woman in Florida,” says Berberian. “My wife said, ‘Okay, the ring is done, but she’s not coming up here to get it.’ So we said, you know what, let’s go for the week and deliver the ring. [The woman] was blown away. She got the perception from other jewelers that they were doing her a favor by waiting on her. She said, ‘I’m waiting to drop $150,000 on a ring, and I feel like they’re doing a favor waiting on me?’ So I got on a plane and went down and delivered the piece.”

But despite his comfortable seat at the top of the gemological industry, Berberian says he’s not looking to become the next Harry Winston.

“I mean, you could always use more business, but I’m not looking to build an empire. I’d like to continue my presence as the best place to go for an engagement ring. Once people have gone out and started shopping elsewhere and then they come here, the differences are alarming,” says Berberian. “Or so I’m told.” 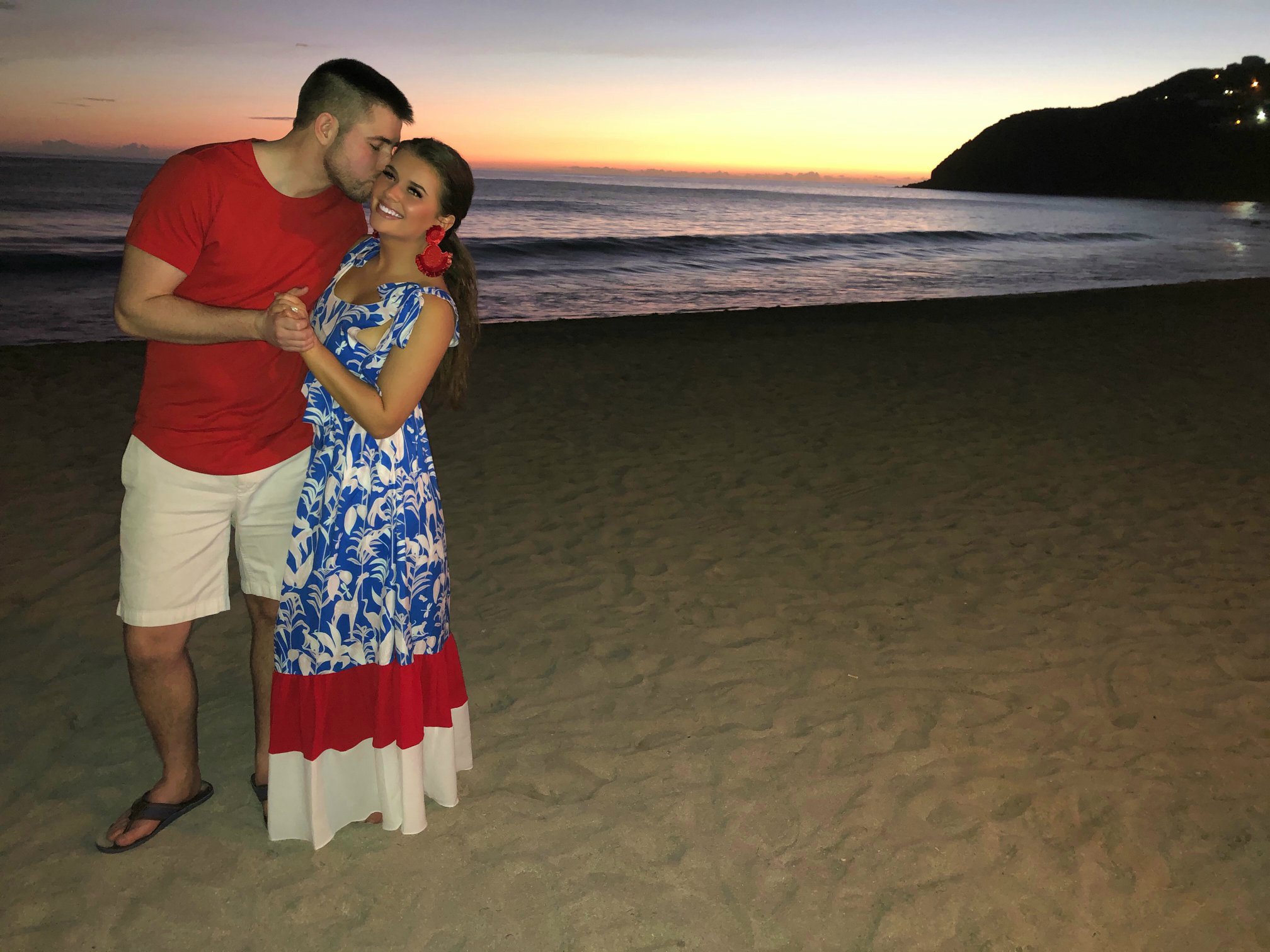 This is some test content to see if this will do what I want it to do.